Can Parkinson's be cured?

Not yet, but treatment can relieve the symptoms very effectively.

Parkinson’s disease cannot be cured, but there are medicines that alleviate the symptoms so well that taking them can be life changing. Research to find a cure is ongoing but it seems unlikely that a single universal cure will ever be identified. This is because the disease varies considerably among different people who are affected. However, improvements to existing treatments as well as entirely new treatments are on the horizon. Additional drugs are being developed to replenish the chemical dopamine in the brain (low levels of dopamine cause the problems associated with movement in Parkinson’s disease), [1,2] stem cell therapies are being tested to see if dying nerve cells in the brain can be replaced, [3-5] drugs already used for other conditions are being tested to see if they offer any benefit to people with Parkinson’s disease, [4,6] gene therapies are being examined to see if genetic causes of the disease can be cured, [3,4,7] and naturally occurring molecules called growth factors are being investigated to see if they will slow or reverse the degeneration of nerve cells affected by Parkinson’s disease.[4,6,8] 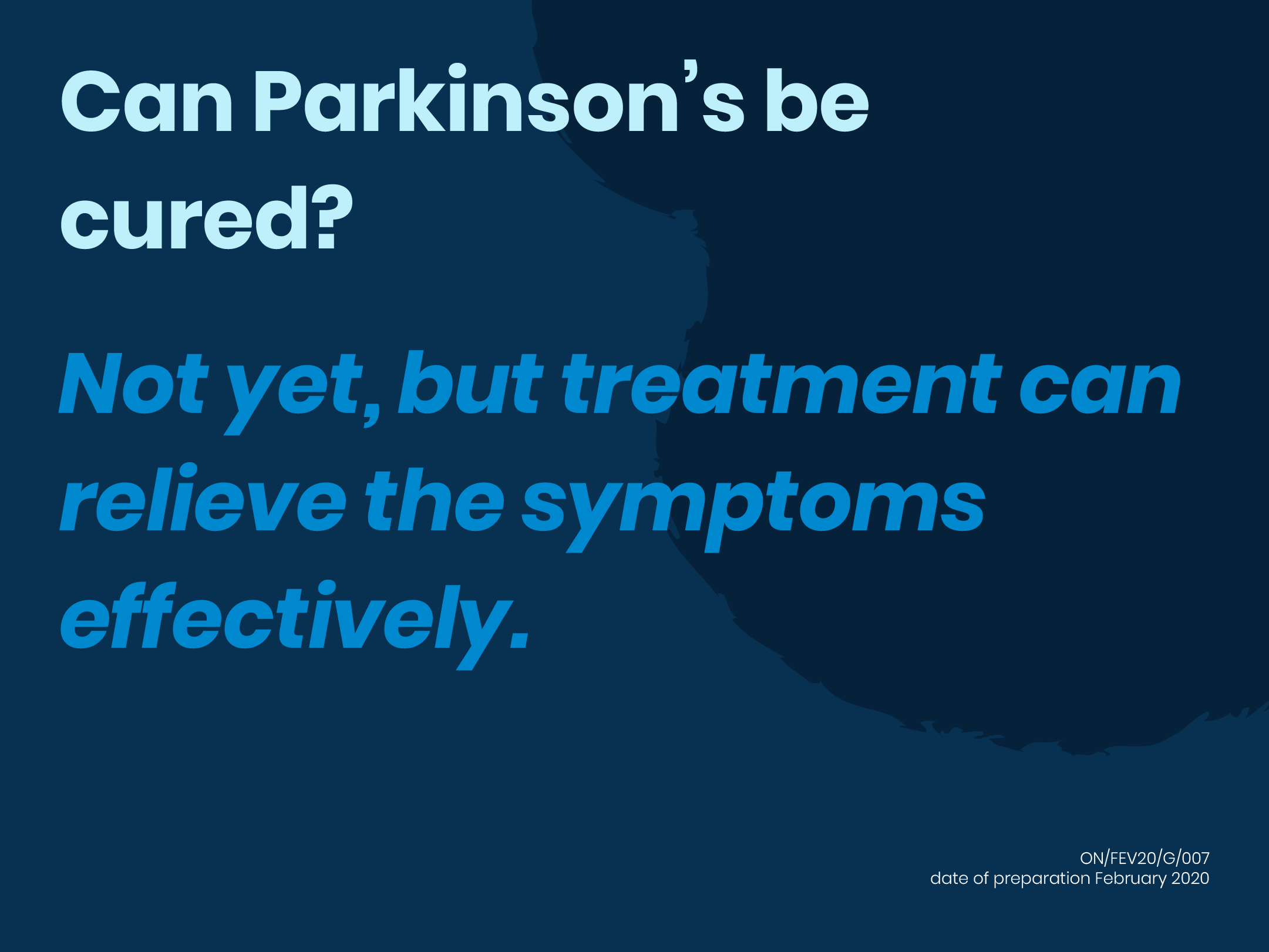 Can anyone get Parkinson's?

Can Parkinson's be reversed?

How long can patients live with Parkinson's?